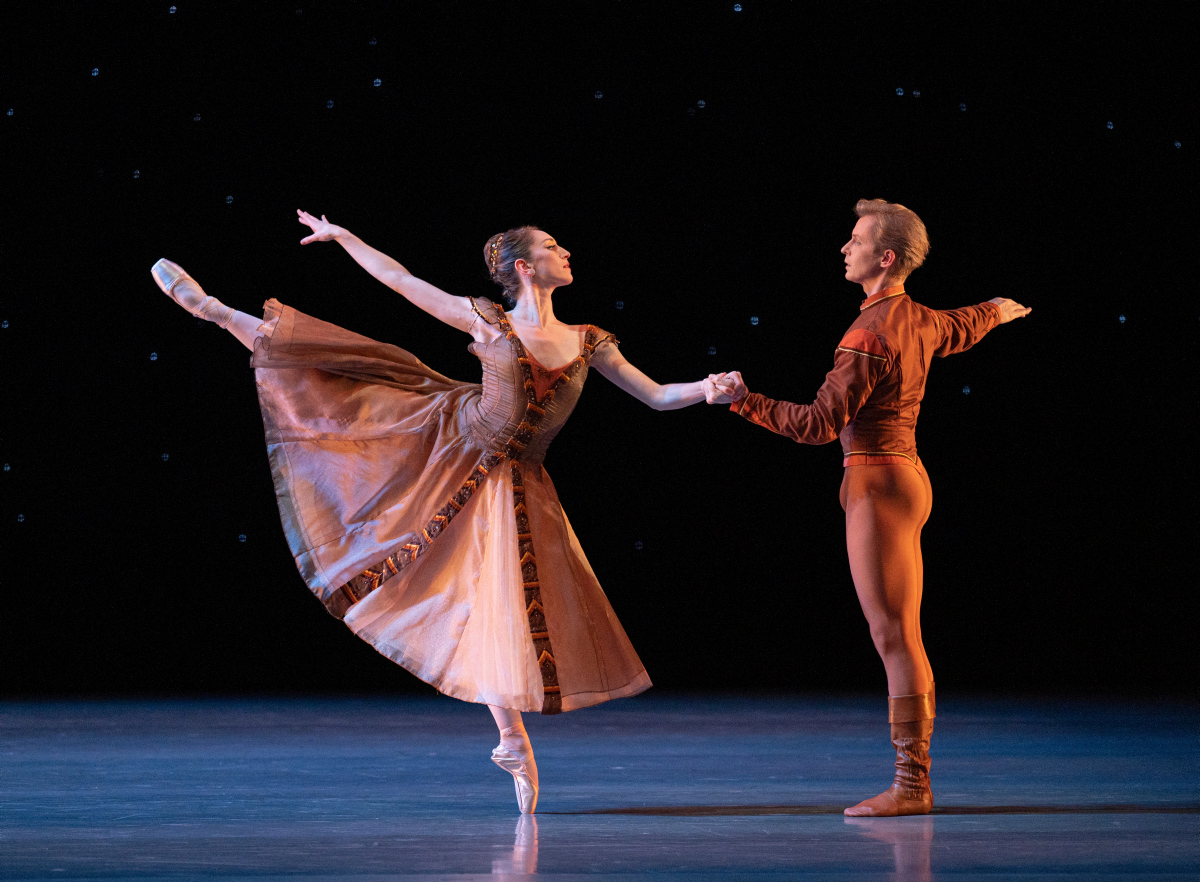 Fall for Dance Festival tickets are $20 and can be purchased online at NYCityCenter.org, by calling 212-581-1212, or in person at the City Center Box Office beginning Sunday, August 28 at 11am. New York City Center is located at 131 W 55th St between Sixth and Seventh avenues.

In the Night is one of 18 ballets by Robbins in SF Ballet’s repertory. In 2008, SF Ballet received the Jerome Robbins Award for excellence in dance, the same year the Company debuted at the Fall for Dance Festival with a performance of Robbins’ In the Night. Beginning with the Ravinia Festival in 1985, SF Ballet has toured In the Night throughout the world, notably in Barcelona, Athens, New York City, Paris, Beijing, and Napa, California.

ABOUT SAN FRANCISCO BALLET
San Francisco Ballet is one of the world’s leading ballet companies. As a commissioner, collaborator, and presenter, the Ballet performs locally, nationally, and internationally with the top choreographers, artists, and dancers while proudly celebrating its trailblazing role in dance. Since its founding in 1933 and as the oldest professional ballet company in the United States, the organization has been an innovator in dance and an originator of well-loved cultural traditions, from staging the first American production of Swan Lake to being the first company in the United States to present an annual holiday Nutcracker. In the progressive, innovative spirit of San Francisco, its mission is to share the beauty of classical and contemporary ballet, the joyful, transformative experience of live dance performance by artists working at the highest caliber, and to provide exceptional training opportunities for the next generation of professional dancers in its School.

ABOUT NEW YORK CITY CENTER
New York City Center has played a defining role in the cultural life of the city since 1943. The distinctive Neo-Moorish building was founded by Mayor Fiorello La Guardia as Manhattan’s first performing arts center with the mission of making the best in theater, dance, and music accessible to all audiences. This commitment continues today through celebrated dance and musical theater series like the Fall for Dance Festival and the Tony-honored Encores! series, as well as new series Artists at the Center and the City Center Dance Festival. Dedicated to a culture built on the principles of diversity, equity, and inclusion, City Center welcomes more than 300,000 annual visitors to experience internationally acclaimed artists on the same stage where legends like George Balanchine, Leonard Bernstein, Barbara Cook, José Ferrer, Martha Graham, and Paul Robeson made their mark. Home to a roster of renowned national and international companies including Alvin Ailey American Dance Theater (City Center’s Principal Dance Company) and Manhattan Theatre Club, City Center’s dynamic programming, art exhibitions, studio events, and master classes are complemented by education and community engagement programs that bring the performing arts to thousands of New York City students, teachers, and families every year, in all five boroughs.